Back to CJBS and China

Academics, entrepreneurs, business people and policy makers from China and Cambridge Judge Business School met in March 2014 at the China-Beijing Forum to debate the way forward for private enterprise in China in the wake of the reforms proposed by the 18th Party Congress Third Plenum in November 2013.

The role of the free-market economy in nurturing entrepreneurship, how Chinese banks have facilitated the growth of SMEs and the part played by local and central government are the three key themes that were addressed by the forum in the heart of Beijing.

The case of Shenzhen

Realising the ‘Chinese dream’ was at the heart of this unique event which brought the University of Cambridge to Beijing to host a forum on the role of private enterprise in transforming China’s economy on 25 March 2014.

The Forum was chaired by media entrepreneur and talk show hostess Yang Lan. Around 150 people attended with hundreds more participating through live streaming.

“
We were delighted to hold our first Cambridge-Beijing Forum among so many friends this week and we are determined to make this the start of a long and fruitful partnership. Cambridge and Shenzhen, in particular, are so similar and have so much to learn from each other that it will benefit both cities to work together for the good of both the Chinese and UK economies. Wang Shi said that ‘understanding China via a Chinese perspective is the distinguishing characteristic of Cambridge Judge’ and we intend to make this the guiding principle of our relationship. ”
Simon Learmount, Forum organiser and Director of the Cambridge MBA and former Director of the Executive MBA 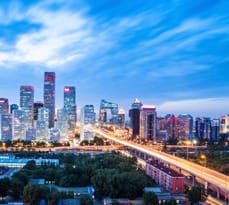 The role of the free-market economy in nurturing entrepreneurship, how Chinese banks have facilitated the growth of SMEs and the part played… View photos from the event on the CJBS Flickr channel.

The forum brought together leading academics, entrepreneurs, business people and policy makers from both Cambridge and China

View the full list of delegates who attended the Forum