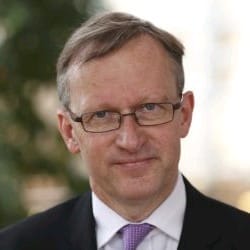 As world leaders pin their hopes on innovation to ‘jump-start’ their economies, there’s a stark warning that it could take decades

Economist Michael Kitson, University Senior Lecturer in International Macroeconomics at Cambridge Judge Business School, is warning that innovation is not the great elixir it is being held up as and cautions political leaders not to bank too much on innovation to invigorate their ailing economies.

His warning follows calls by David Cameron and Barak Obama for innovation to lead the way to economic recovery and although he agrees that innovation can be a stimulant, it is, he argues, a long-term strategy.

“The short term impact of the financial crisis and recession will be seen in the longer term – 10, 15, 20 years’ time – by fewer innovations and lower levels of economic growth.”

Research and development is only one part of the innovation picture, says the macroeconomist. He favours the movement of ideas and people with the creation of communities with an infrastructure to encourage the sharing and ‘co-production’ of knowledge in ‘innovation ecosystems’.