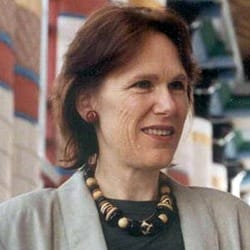 Professor Dame Sandra Dawson, KPMG Professor of Management Studies at Cambridge Judge Business School, has set out the case for “Tomorrow’s regulator: regulating in the changing landscape for providing public goods” in a recent article in The Journal for Public Management.

In the new 2011 Cambridge Judge Business School podcast series Professor Dame Sandra Dawson talks about her article saying regulators will need to be more innovative and more collaborative in the drive for greater efficiency and value for money in the future. She said the drive for such efficiency was not new:

“The relationship between the state the market and the citizen is as old as the classical world. What we have seen in the last 30 years is a fundamental change in how that relationship can be developed. It began with Margaret Thatcher when public services were marketed in the name of efficiency and effectiveness. Now that we are facing an enormous public deficit and increasing public expectations about the role of public services and who is best to provide them, there is a lot of radical rethinking going on.

“I think the regulators role needs to be thought about in terms of ‘is it providing value for money’, and is it really providing the service to the citizen and the public that the regulator in the role of representing the state can secure?”

She said this radical rethinking of how public services should be provided and at what cost would mean the role of the regulator would have to fundamentally change:

“Regulators have to be much more au fait with the whole issue of ‘risk management’, they have to look at regulating more things in different ways in order to encourage more self-regulation. The provider, the recipient and the payer of the services all need to be linked through some mechanism. For every rule you make there is a way to circumvent it, a more fundamental and deeper way is to get all the players in the system to behave in a self-regulatory way.”

As well as encouraging more self-regulatory risk based systems for the future, regulators will also opt out of certain areas, she said:

“Perception and also behaviour has got to change and perception will follow behaviour. We will see regulators being more selective and being more intensive, backing off where the risks are not so great. We will also see them backing off where there are strong professional bodies that will control professionals in particular ways which the state won’t necessarily enter into. It will be more selective and more risk based and the system will not be set in stone but will, like all organisations, change with the times.”

Professor Dame Sandra Dawson also said measurement tools such as “The Regulatory Impact Assessment” will increase in importance as opposed to opting for a more behavioural based approach:

“‘The Regulatory Impact Assessment’ looks at the impact. It can be quite difficult to work out what the impact is going to be and how much risk tolerance will be required. For instance in measuring Children’s Services are you going to have zero tolerance and enormous amounts of regulation, or are you going to focus on the serious matters and make sure we have the regulation for that right and not pay so much attention to the minor matters?

“The other question is the way in which regulation relates to enforcement and you will find regulators being more selective and more intense where the risks are greater. There will also be a need for a heavier form of penalties for those not meeting regulatory standards.”

“You really have to build up partnerships between different enforcement and regulatory agencies. You will probably have more agencies sharing common pools of data so the regulatory burden upon businesses and charities and others will not mean they are continually having to respond to many different regulators but there will be a common framework of regulatory data which can be used in different fields.”

She said a so called ‘principled-based’ approach would run parallel to a regulatory one, but not replace it:

“With a principled-based approach goes the idea you are encouraging organisations and individuals to be self-regulating, and let them secure better health and safety and better pricing structures themselves. To ensure this always happens you need clear regulation and enforcement.

“I am a believer in a balanced approach, between self-regulation and altruism, serving public needs in a professional way. However, you do also have to have a regulatory system to back it up, but it has to move with the times, it is a moving feast in which you see the regulation, the market, the citizen and the business changing.”

Professor Dame Sandra Dawson said at the School managers of the future would learn how to run regulatory bodies efficiently:

“At Cambridge Judge Business School we are developing leaders who will understand the complexities of this into the future and who I hope will be excellent managers and directors of regulatory agencies in an innovative and effective way just as they will be leaders of business, charities and public services that are being regulated.”

“The role of the customer and public expectations are a force behind change, people no longer sit quietly and receive the regulatory regimes they are dealt. The advent of social media means they can easily make known what they feel of the regulatory agencies on Facebook and Twitter, and on various blogs. This is a voice for the citizen that will become very important in the regulatory future.”