Dr Christos Pitelis doesn’t just study real-world policy decisions. As an adviser to the Greek government at a time of economic and political turmoil he has seen their true impact. 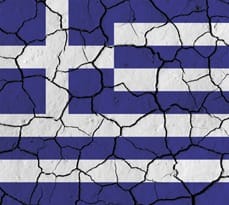 How can academics affect real-world policy decisions? In the case of Dr Christos Pitelis, Director of the Centre for International Business and Management (CIBAM), having an impact has been about getting his hands dirty – working and advising the Greek government at a time of economic and social turmoil.

As president of a major Greek public-sector organisation, Dr Pitelis was charged with developing a new strategy to support entrepreneurship and innovation clusters. In this role, he was responsible for shaping the country’s new development law, which was passed in 2011. He says:

Around 20 years ago, I worked with the Greek Ministry of Industry and Development and as advisor to Costas Simitis, who subsequently became Prime Minister. We devised a consensus-based competitiveness strategy for the country, involving institutional and structural improvements, and a plan to identify and develop clusters of small and medium-sized enterprises. In all, it included 29 measures to be adopted to improve the productivity of the economy.”

The strategy was never properly implemented at the time, but was revisited after Dr Pitelis organised a symposium on “South-Eastern Europe after the Crunch” in Athens towards the end of 2009. Funded by two Greek industrialists in CIBAM, the symposium attracted widespread coverage in the Greek news media, including a special television report about Cambridge Judge Business School.

I was then invited by the Minister of Competitiveness to take over as a non-executive president of a public-sector enterprise, the Hellenic Organisation of Small and Medium-sized Enterprises and Handicraft (EOMMEX). This was in order to revisit and help resurrect and re-implement what should have happened 15 to 20 years before.”

Underpinning this exercise was a body of research conducted at Cambridge from the early ’90s onward, on competition, industrial policies and the role of innovation clusters. The dire economic straits of Greece and the desperate need for rationalisation of the public sector made Dr Pitelis’s position a uniquely challenging one; but he pressed on with a strategy document that was eventually accepted by the board of EOMMEX.

He says: “The strategy drew on my research experience at Cambridge Judge, and called for a more flexible organisation that focused on specific entrepreneurship support and SME policies in areas of the country’s comparative and competitive advantage – in rising as opposed to traditional activities, on entrepreneurship of opportunity as opposed to just need, and on export-led activities.”

In addition to the new strategy, programmes on mega-clusters and youth entrepreneurship were presented by Dr Pitelis and his team to the Minister and Secretary General for approval, and become part of the new development law.

The document also put forward a case for merging EOMMEX with other related public-sector organisations. This would be the first major merger between two such bodies in Greece, and was then viewed as a controversial idea. Nevertheless, the plan was adopted (albeit not with one of the organisations proposed by Dr Pitelis) and he oversaw the amalgamation of EOMMEX with ETEAN, an organisation that funds small and medium-sized enterprises. This process was successfully brought to completion in October 2012.

All three things that were achieved – the new strategy for the organisation, the new strategy for SMEs as a whole and the programme on innovation clusters – were explicitly based on research at Cambridge Judge, and helped to motivate further research,” says Dr Pitelis.

Nevertheless, Dr Pitelis – now taking up a new position as Professor of Sustainable Global Business at the University of Bath School of Management – is guarded about the prospects for a revival of the Greek economy. He believes that the magnitude of the financial crisis and the austerity measures make it far from certain that the necessary measures he has steered on to the statute book can now have an effect.

With innovation clusters, for example, companies will find it difficult to take advantage of the new law. “As a result of the work we’ve done, it is now possible for companies to group together and apply for funding to promote cluster-type measures in the context of the developmental law,” he says. “But now, post-crisis, implementing this can be difficult. Among other factors, companies don’t have enough money to make their own contribution – which they have to do, to secure the government funding.”

Will such measures eventually help the economy get out of its current situation? That remains to be seen, but certainly not without a radical rethink of current austerity-based policies and the embrace of entrepreneurship, productivity and competitiveness-enhancing industrial developmental policies. The stuff, in fact, that business schools such as Cambridge Judge are all about.”