China’s Third Plenary Session: Three reasons why it could change the game for entrepreneurs

China is opening up to business, and government is at the front of the charge. These are the main reasons why entrepreneurs should be excited. 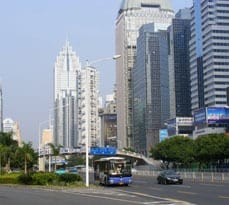 At the Third Plenary Session of China’s 18th Central Committee – often seen as the most important indicator of the China’s future direction – one word stood out. Senior members of President Xi Jinping’s government said that markets would now play a “decisive” role in the Chinese economy. Previously, in the years since China first elected to move towards a socialist market economy in 1992, they had been credited only with a “basic” role.

“We think that’s something of a bold and challenging statement,” says Simon Learmount, director of the MBA and Executive MBA programmes at Cambridge Judge Business School. “It certainly means, effectively, that the government is going to loosen the reins of control and allow market forces to flourish. What that might also mean is that the forces of innovation and creativity might also be able to flourish in China. So it’s a really exciting time to be thinking about China and be engaged with what’s going on there.”

2. The model has already worked on a small scale

Interpreting the intentions of the Chinese leadership can be difficult, but Learmount believes there is good reason to believe that the announcements at the Third Plenum are an implicit endorsement of a particular model for economic modernisation. It is the one that has been trialled in Shenzhen, the southern city that was declared the country’s first Special Economic Zone in 1979.

Since then, Shenzen has grown to a metropolis of 14 million people in which successful firms such as Vanke, Tencent, Huawei, BYD and China Merchant Bank are headquartered. Shenzhen has been notably successful in fostering indigenous private enterprise as well as attracting foreign investment. And of all China’s cities, it has the highest proportion of self-employed workers (17.97%), suggesting a strong entrepreneurial spirit within the Special Economic Zone.

“The announcements made at the Third Plenum, in my view, implicitly recognise that this “Shenzhen model” is the best way to continue to modernise the Chinese economy,” says Learmount. “This represents more than just a recognition that this model produces more efficient and productive factories that can produce manufactured goods for the rest of the world based on low-cost wages. It acknowledges that it is better at producing diffusion of knowledge and technology, creating the conditions for innovation, ensuring more efficient allocation of capital and a reduction in the potential for corruption, and enabling better organisation and faster learning.” 3. Reform is in the air ahead of a “golden decade”

Addressing delegates at Realising the Chinese Dream, the forum hosted by Cambridge Judge Business School in Beijing, Mayor of Shenzen, Jie Tang, said: “The role of large state-owned enterprises will certainly decline in the wake of the Third Plenum – this is very clear. Further reform will see significant steps to reduce monopoly, and the market will continuously be opened up for private companies to come in.”

Xu Shaochun, founder of the Shenzhen-based software company Kingdee, agreed with this assessment. He told the conference: “According to the Third Plenum, the market will have a decisive function in resource allocation; this means the private sector, private enterprises and NGOs will all be encouraged to perform their roles in the market. I think private enterprises have huge potential in China, and the next ten years will be their golden decade.”

This work is licensed under a Creative Commons Attribution-NonCommercial 4.0 International License.

Find out more about the China connection